It’s been an exciting week for coeliacs in Sheffield* as our local big Sainsbury’s stores started selling freshly baked gluten free bread! And we all raved about it because it’s extremely good.

It was Sunday afternoon when we made it to our local Sainsbury’s (Archer Road) so the shelves were rather decimated, but we were able to pick up a few things to try:

We bought a farmhouse loaf, a few packs of rolls (white and seeded) and a baton, which is small and baguette shaped but soft instead of crusty. (Loaf £2.30, others £1.50)

The bread is baked in its plastic wrap to avoid cross contamination while cooking and is displayed above the regular fresh bread so no crumbs can drop into it.

I was keen to dive in to this bready feast as quickly as I could, so we immediately sliced and buttered one of the seeded rolls. I was not disappointed! The bread is soft and has a great texture – not at all crumbly. So far so good. 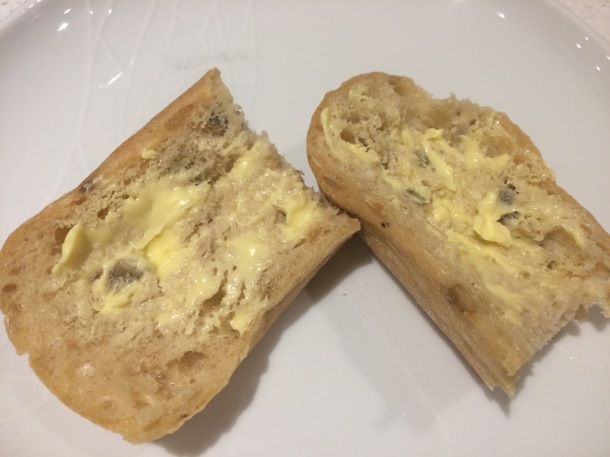 Next morning I sliced the loaf so we could have toast for breakfast. Impressed again! It sliced really well with no big holes through it. The texture in the middle was soft and it had a nice crust. 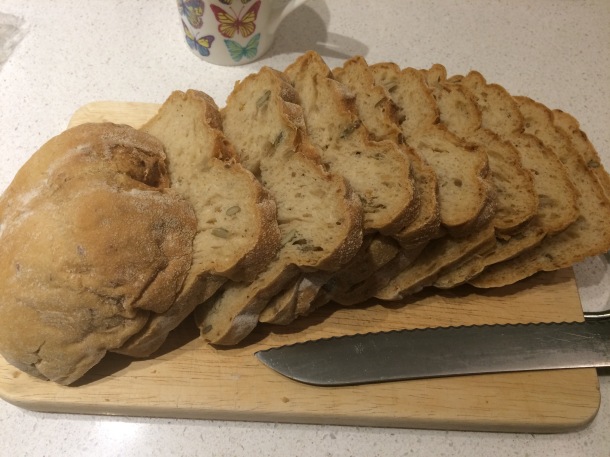 It made great toast – very much a breakfast treat for me. But it was also good enough to make a sandwich for my older boy’s packed lunch… that didn’t fall apart when I picked it up!

So a huge thumbs up from me. I hope it sells well enough to keep it in store.

Participating Sheffield stores are Archer Road at Millhouses and Wadsley Bridge near Hillsborough.

*Not just Sheffield – there are 200 stores nationwide selling these products.

One thought on “Fresh gluten free bread in Sainsbury’s”