We had a lovely meal at the new Ego at The Dore Moor Inn recently. It’s a new restaurant, which used to be the Dore Moor Inn, on the way out to Longshaw and Hathersage – right on the edge of Sheffield, where it becomes the Peak District. I’ve been to the branch in town a few times, and it’s generally been very reliable for gluten free food. So I was looking forward to checking out their new place.

The main change that’s been made to the restaurant is opening up the kitchen, and it seemed a bit brighter inside than it used to be. The place was fairly busy so booking is probably essential at the moment. The good news is they have a fairly extensive, separate, gluten free menu, which is always a nice start to a meal out!

I chose a Meditteranean prawn cocktail for starters, which came with melon, peppers, cucumber and rocket, and a dressing. That was perfectly nice. Other options were chorizo, garlic mushrooms, pate, prawn pil pil… 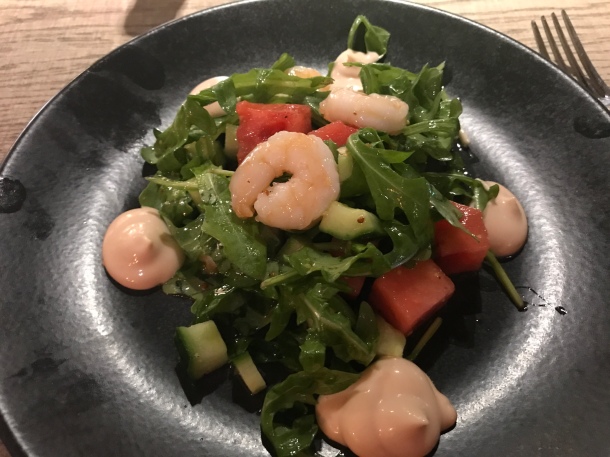 Then for mains, I had a hanging kebab. They always look nice and dramatic when they come to the table! Mine was mixed meat, and it was served without the wraps that the non-gf version comes with, but it didn’t really need them, as there was plenty for me. And we had a few chips on the side! 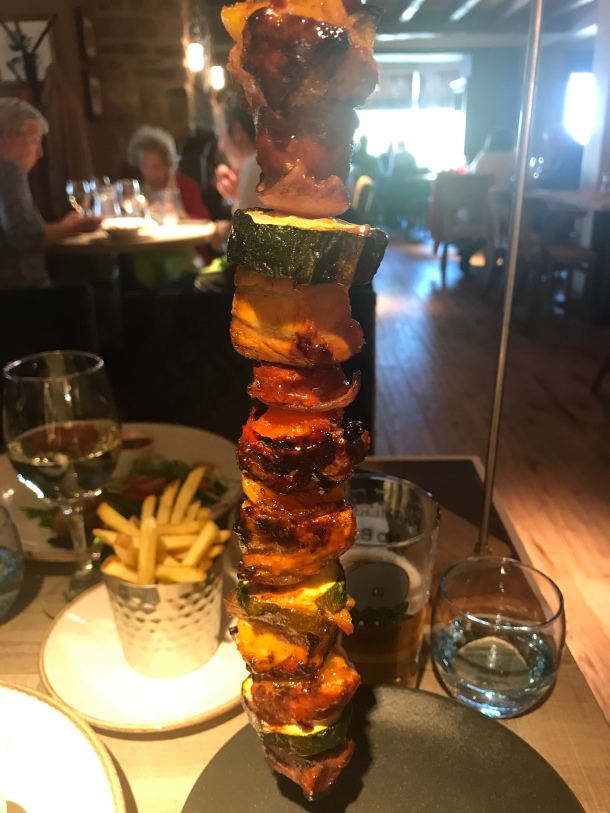 There were plenty of other options for main courses, including pasta and rice dishes, salads, meats and fish – tonnes to choose from! The gluten free menu is available online here.

I didn’t really need a pudding, but as they had such a good choice – lemon tart, pecan pie and baked cheesecake, alongside the more usual suspects of creme brulee, ice cream and brownie, I couldn’t resist trying out the pecan pie, which was a lovely treat to end the meal. 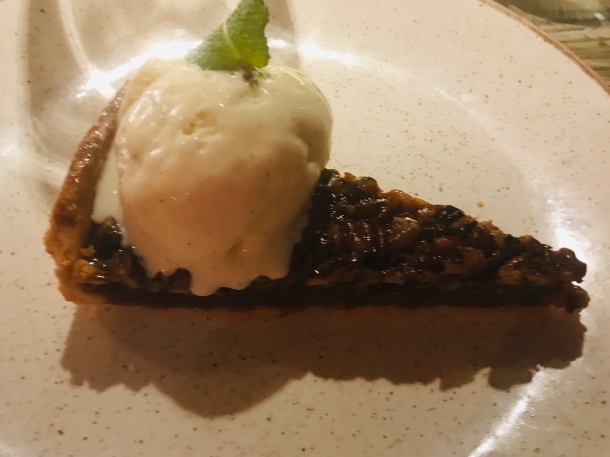 5 thoughts on “Ego at The Dore Moor Inn”